Its not asbestos its cement !

The word asbestos scares most people and rightly so its a deadly rock form thats once inside the lung is impossible to remove and can cause asbestosis, mesothelioma Lung cancer, Pleural thickening, Pleural plaques, and more. But there are any types of asbestos, such as Chrysotile, Amosite, Crocidolite, Tremolite, Anthophyllite, and Actinolite.

The most common Form of asbestos which we all know is white asbestos, We see this everywhere, commonly on roofs, wall cladding, garages, soffits etc. The problem is this IS NOT asbestos at all, its cement that contains on average 3-4% CHRYSOTILE which is a type of asbestos but not one of the dangerous ones. These sheets and related products are referred to as asbestos, eg “asbestos sheets” but this is a slang term as there correct name is fibre cement sheets.

Bunching all forms of asbestos under one name is bound to cause panic, its the word ASBESTOS which causes the problem.

A recent government committee concluded that they could find no solid evidence that chrysotile (white asbestos) was harmful to human health.

in march 2014 the UKIP agricultural policy stated that it would get rid of unnecessary hazardous regulations classifications of asbestos cement. The problem arose when the HSE incorrectly advised the uk parliament in 1999 that white asbestos should be banned on the basis that it would kill upto 10,000 workers a year contrary to already published research in 1996 which showed that white asbestos posed a risk to human health too small to be measured.

The cost of asbestos removal is now excessive for no reason where white asbestos is concerned and obviously increases flytipping. The UK farming industry alone is estimated at 6 billion pounds in remedial costs.

The HSE refuses to explain this duplicity despite repeated calls for a public debate on the issue, maybe because of all the money people have wasted on unnecessary waste asbestos removal costs when renewing their asbestos roofs based on the HSE advise. 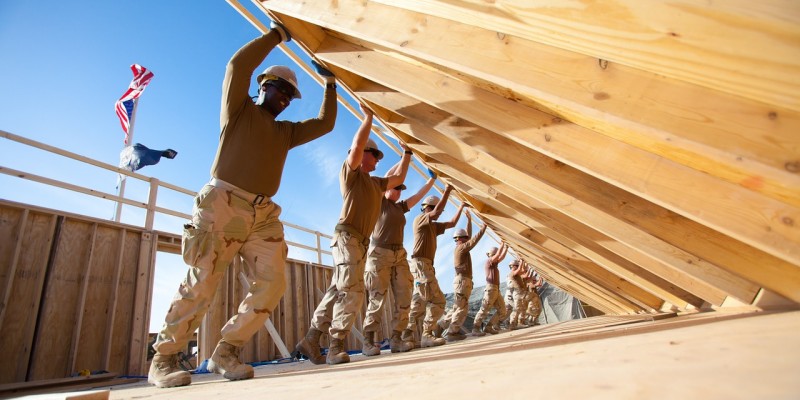 Learn how to market your contractor business professionally. In depth knowledge of attracting clients with online marketing strategies and deep thinking about who you want your clients to be.

The housing industry has proceeded at a red-hot pace for several years running. An all-time record was set in 1998, when 886,000 new-site single family homes were sold. That represented a 10% gain from the robust total of 804,000 homes sold in 1997, and an 8.1% rise from the prior record of 819,000 units in 1977. Single-family housing construction accounted for $48 million of the total $125 million generated in the industry.